Beginning in October, poet Rajnii Eddins will host a seven-month series of films by Black film directors.  The films range from the well-known Hollywood blockbusters to award-winning independent films.  Please join us for an afternoon of entertaining and engaging movies!

Based on the novel by James Baldwin, "If Beale Street Could Talk" is a soulful drama about a young couple fighting for justice in the name of love and the promise of the American dream.  Starring: KiKi Layne, Stephan James, Regina King, Colman Domingo and Teyonah Parris  Directed by Barry Jenkins. 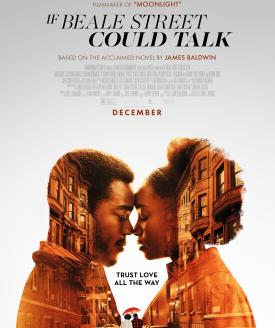