This week's film is Attack the Block  Rated R

From the producers of Shaun of the Dead, Attack the Block is a fast, funny, frightening action adventure movie that pits a teen street gang against an invasion of savage alien monsters. It turns a London housing project into a sci-fi battleground, the low-income apartment complex into a fortress under siege. And it turns a crazy mix of tough street kids into a team of kick ass heroes. It’s inner city versus outer space and it’s going to explode.

The Black Is Beautiful Film Series is curated and hosted by poet Rajnii Eddins.  The seven-month series features films by Black film directors.  The films range from the well-known Hollywood blockbusters to award-winning independent films.  Please join us for an afternoon of entertaining and engaging movies! 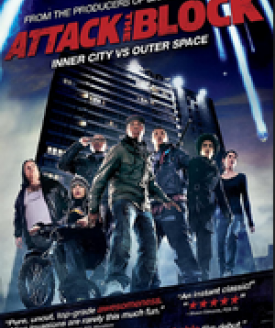 The Library will be closed on Tuesday, August 16 for Bennington Battle Day.